But by proper supposition, it can be converted into linear equation in two variables. 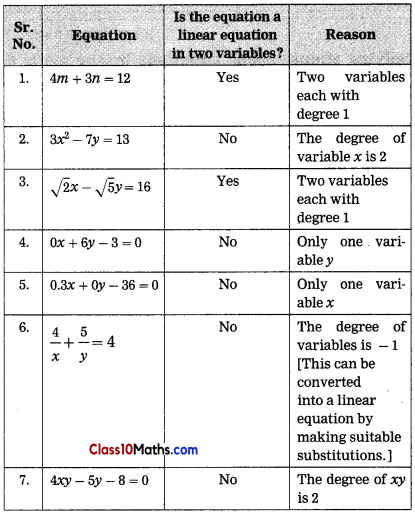 Through this activity, we can recognize linear equations in two variables.

Equations Reducible to a Pair of Linear Equations in Two Variables.
While solving an equation, always keep the following points in mind :
The solution of a linear equation is not affected when 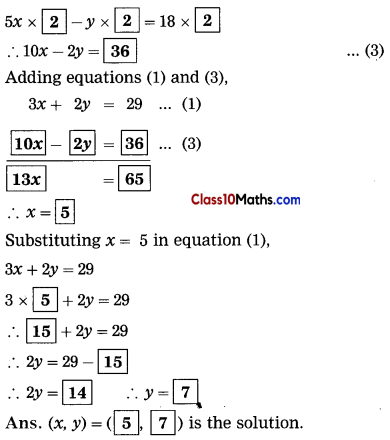 Graph of a Linear Equation in Two Variables

Steps to follow for drawing a Graph of Linear Equation in two variables : 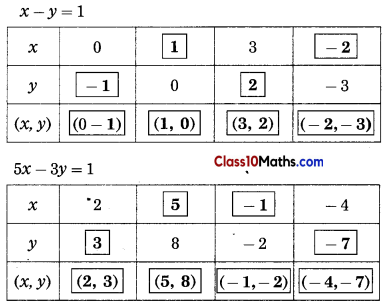 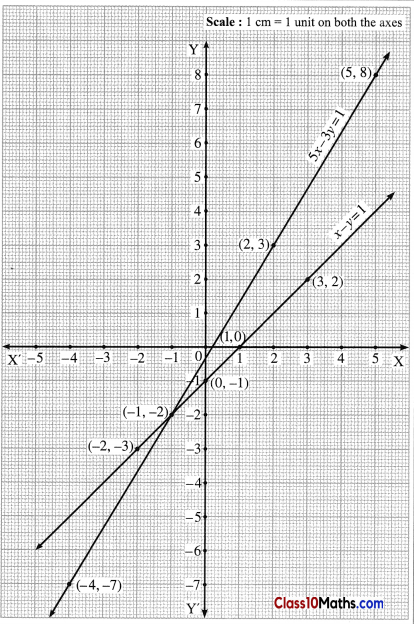 The following table contains the values of x and y coordinates for ordered pairs to draw the graph of 5x – 3y = 1.

ad – bc is the value of the determinant

.
Determinants are usually represented with capital letters A, B, C, etc. 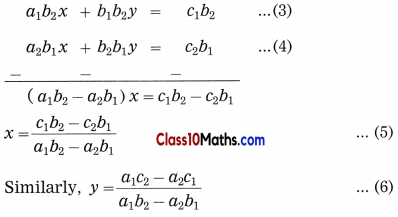 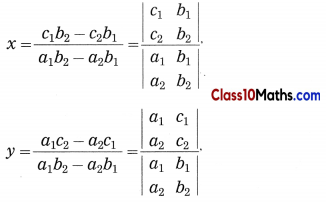 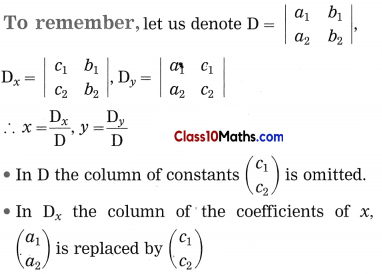 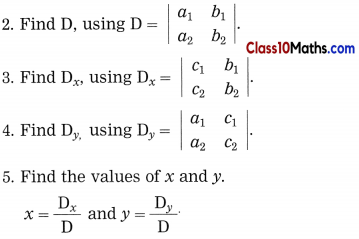 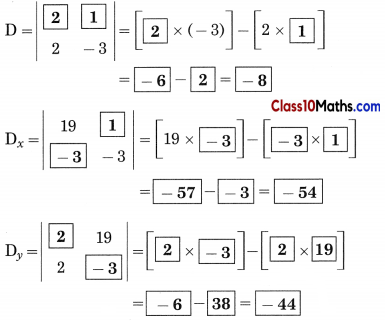 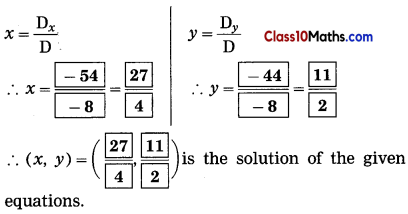 What is the nature of the solution if D = 0?

If you solve the above equations [Ex. (2)] by graphical method and by Cramer’s rule will you get the same answers?
⇒ Student should solve these equations by the two methods.
See that the solution will be the same.

To solve given equations fill the boxes below suitably 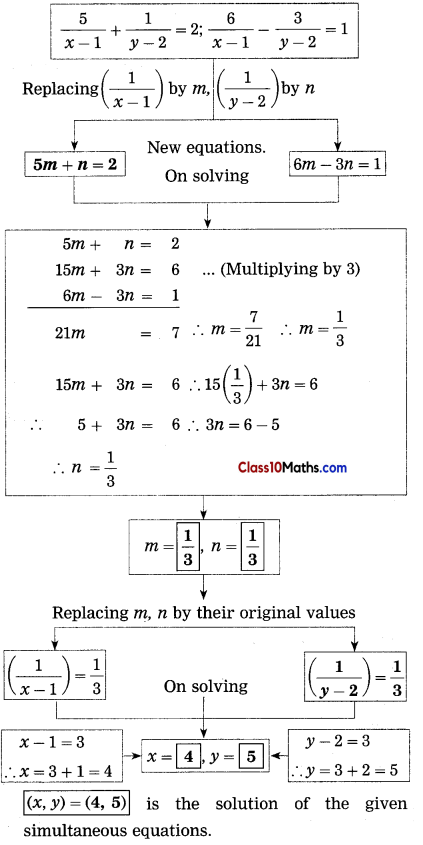 There are some instructions given below. Frame the equations from the informations and write them in the blank boxes shown below by arrows. 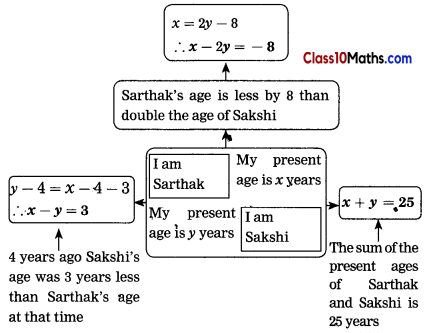