Last year, we studied the sine, cosine and tangent ratios of the acute angles of the right angled triangle. 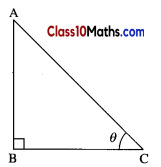 FIll in the blanks with reference to figure.

Complete the relations in ratios given below: 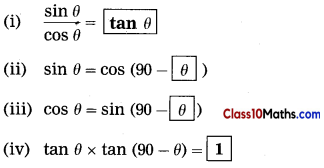 Write the values of the following trigonometric ratios: 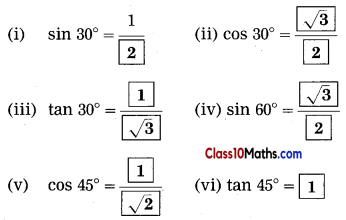 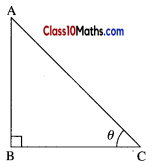 its multiplicative inverse or reciprocal is called ‘cosecant ratio’. Cosecant ratio of θ is written as cosec θ = \(\frac{\mathrm{AB}}{\mathrm{AC}}\) .

The multiplicative inverses or reciprocals of sine, cosine and tangent ratios are called cosecant, secant and cotangent ratios respectively.

Thus, the definition of the cosecant, secant and cotangent ratios of acute angle O áre as follows: 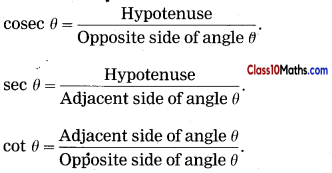 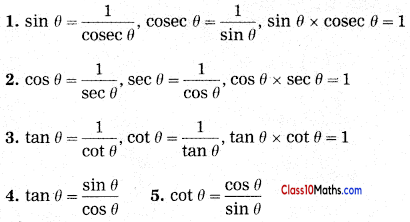 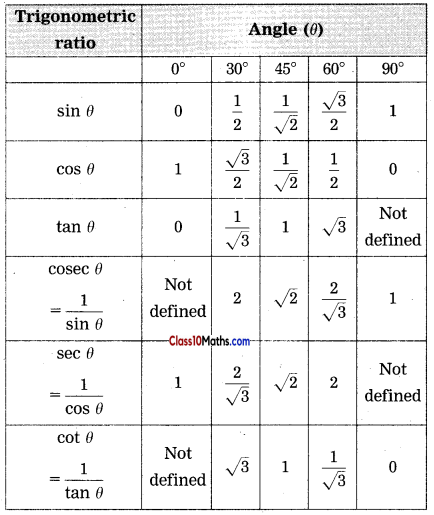 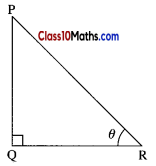 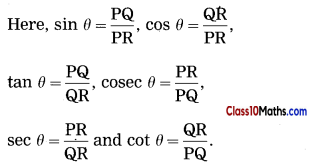 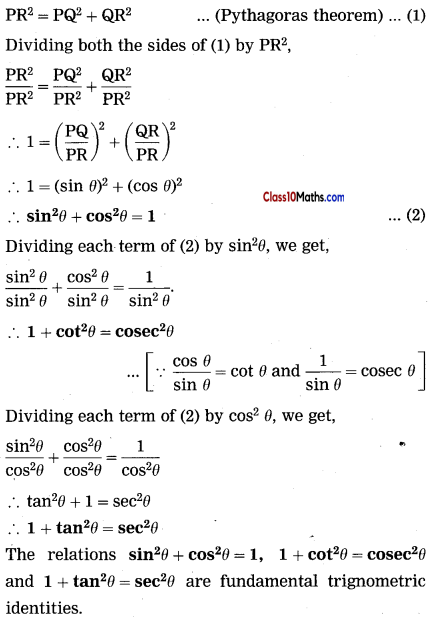 Trigonometric ratios can be used in estimating the distance between two inaccessible points or heights of points too high to determine by direct measurement.

For the purpose of computation we shall treat ‘trees’, ‘hills’ or ‘towers’ as ideal vertical objects. We shall represent them in diagram, by segments perpendicular to the gróund. Unless there is a mention of observer’s height, we shall always regard observers eye to be in the plane of the ground.
Let us study a few related terms.

If the observer at the location P is looking at an object Q, then the line PQ is called line of vision.

If P and Q are two points such that Q is at higher level than P and PM is the horizontal line P Horizontal Line M through P, then ∠ MPQ is the angle of elevation of Q with respect to line PM.

If P and Q are two P Horizontal points such that P is at higher level than Q and PM is the horizontal line through P, then ∠ MPQ is the angle of depression of Q with respect to line PM.